We go a little crazy when berries finally arrive at the farmers markets and then think, What in the world are we going to do with two flats of these? We froze them and used them for this! Frozen berries tend to work better for it because they seem to give off less juice during the baking process, and they also come together well without a thickening agent added. 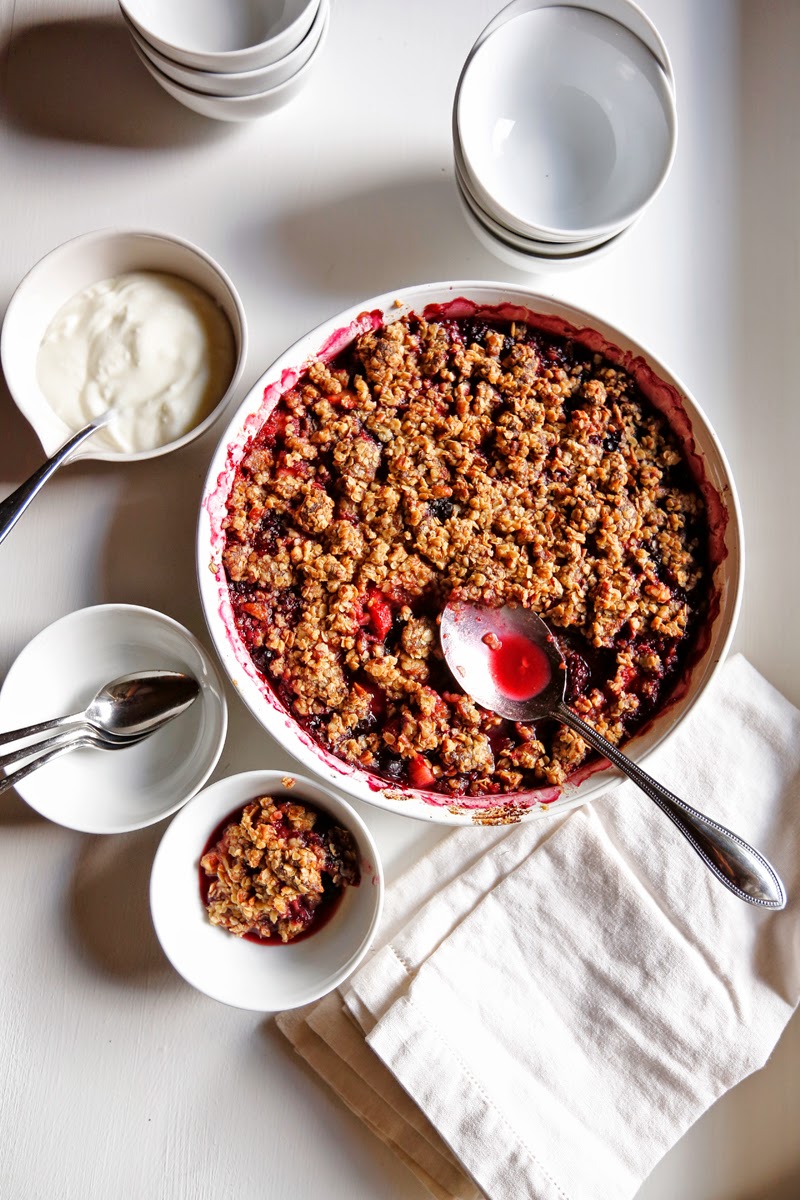 So for the Father's Day pizza & potluck lunch over here last weekend, a big old summer berry crisp seemed just the thing to do. Whenever you're planning have a big crowd over for your next summer get-together, know that this recipe serves at least 10 folks (if that's too many, just halve it) and that it's really easy to throw together the morning of the party. It's got some good nutritional elements, and it's great with ice cream or Greek yogurt on top or even just by itself.

Preheat oven to 350 degrees. Microwave the frozen berries for a minute or so and then you can mix them easily. Drizzle the honey over the berries and stir it in so that it coats them. Sprinkle the salt over them and add the lemon juice and stir again to combine. Brush a little olive oil or coconut oil on the bottom and sides of your baking dish(es) -- we used two for this recipe. Spread out the fruit in about a one-inch layer and bake it by itself for 10-15 minutes while you put the topping together. 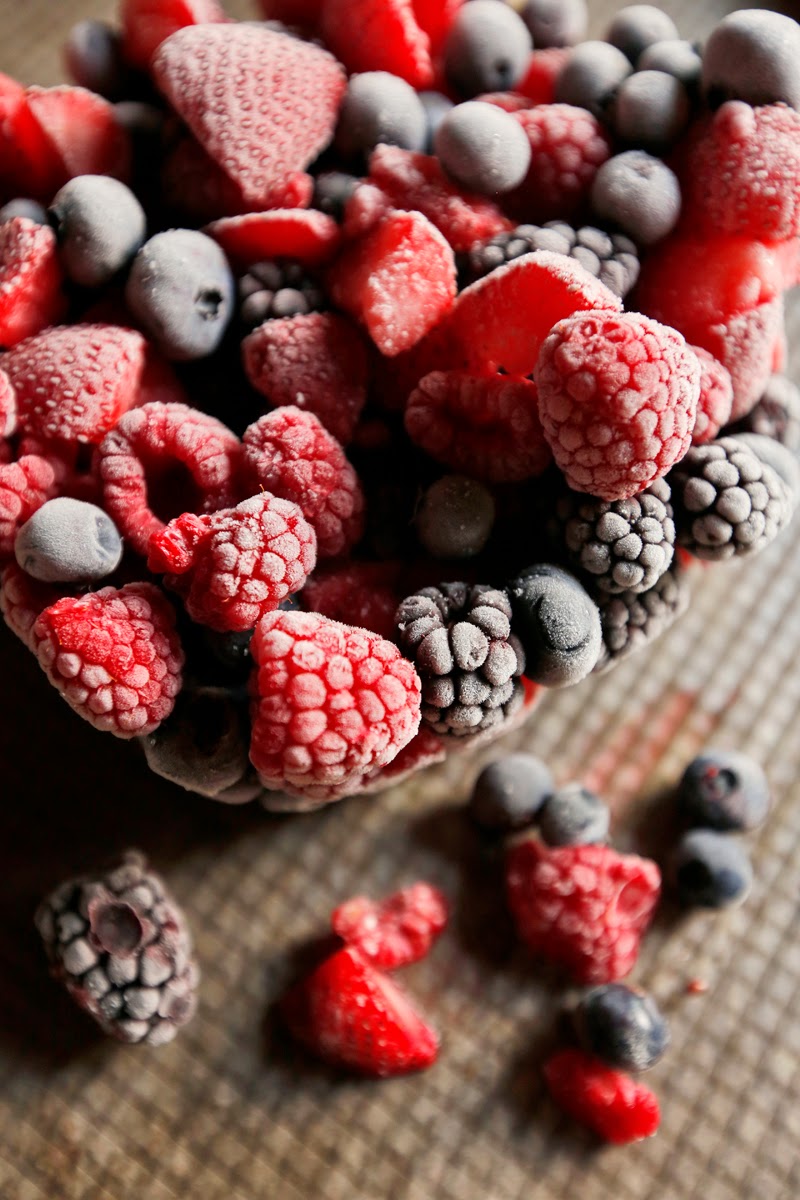 In a medium-sized bowl, stir together the oats, pecans, flour, dates, salt, and spices. Drizzle in the oil and mix well. Take berry mixture out of the oven and spread the topping over it evenly. (You won't have a thick layer, and some fruit may peek through, but that's just right.) Bake for 1 hour or until the topping is golden brown and the fruit has cooked down into a jam-like consistency. Cool before serving and top with ice cream or Greek yogurt if you like. (Serves about 10.)


Posted by The Chubby Vegetarian at 2:26 PM