Summer…y'all, it suddenly seems like we're in the thick of it now. The watermelons, squash, hot peppers, eggplants and tomatoes are all starting to roll in, and everyone's obsessed with cooking out. That always begs the eternal question, "What does a vegetarian eat at a BBQ?" 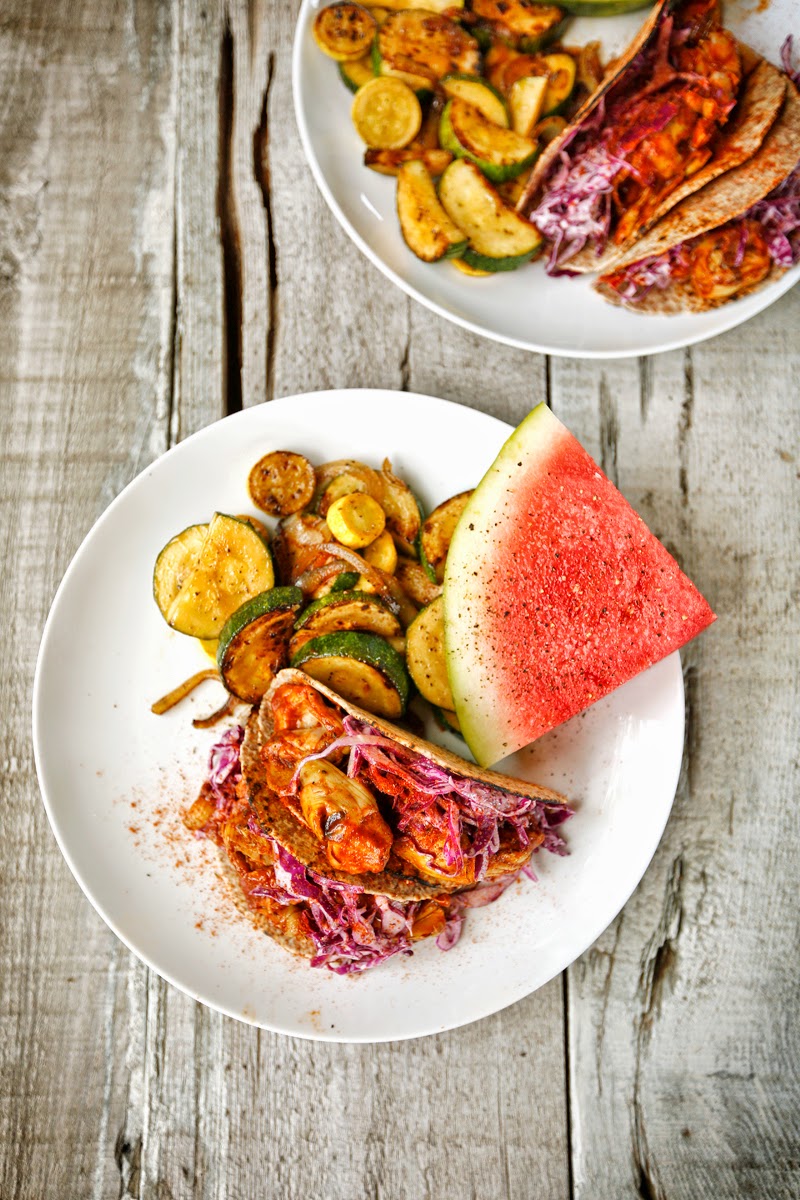 As you likely know if you've been here before, we have a few ideas about that. We wanted to give you something brand new for the upcoming 4th of July holiday this Friday, hence the BBQ Artichoke Heart Tacos we just had for lunch today. But we also wanted to recap some of our favorites for you, offer some choices, you know, because this is America, and we love freedom and everything like that.

All of these recipes are simple to execute and are made from whole foods. The transformation from boring old vegetable to main dish comes when the smoke and fire infuse summer's bounty with flavor.

So, in closing, we're wondering…what are you planning to grill this weekend? Leave a comment and let's get some ideas going!

This BBQ Portobello Mushroom Sandwich is always a favorite. We got the original recipe from Memphis's own Central BBQ, so you know it's good.

These BBQ Spaghetti Squash Ribs are fun, and they can easily be transformed into BBQ sandwiches if you'd prefer!

Our Charred Carrots Dogs have won over many. Some readers even say that this recipe trumps the taste of a real hot dog!

Eggplant is absolutely amazing grilled. We have lots of recipes to prove it like our Grilled Andouille Eggplant Po Boy and our very popular BBQ Eggplant Sliders with Caesar Coleslaw, or our recipe for Italian-Style Eggplant Sausages that was recently featured on Buzzfeed.

Make BBQ Slaw according to the recipe and set aside in the fridge. Next, preheat your outdoor grill to high (you may also use a cast-iron grill pan for this if you don't have access to a grill.) Drain artichokes and place into a large bowl. Add the dry rub, vinegar, and olive oil. Toss to coat. Grill artichokes for 6 minutes on both sides or until well-marked by the grill grates. Toss with the BBQ sauce. Serve on tortillas with plenty of BBQ slaw. Makes 6 tacos. (Serves 2 to 4 people.)

Posted by The Chubby Vegetarian at 2:26 PM

This is such a great idea! I love bbq sauce, artichoke hearts, AND tacos, so you know I am going to love these. Yay!

I love a taco, this one sounds ace!

I love this idea for Meatless Monday! Thanks for sharing!

This looks amazing! Wow. What an awesome recipe!